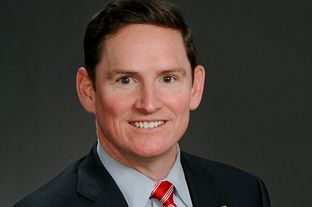 Medicaid expansion is the most important health care opportunity in a generation. The Dallas Regional Chamber of Commerce, Texas Medical Association, Texas Hospital Association, Interfaith Alliance and many others across the business, faith, and healthcare communities recognize this and are advocating for expansion. State leaders can improve public health and our economy by working collaboratively with others to create a Texas plan that will improve the Medicaid delivery system and bring expansion dollars to Texas.

Opponents cite flaws in the current Medicaid system as a chief reason to turn down expansion. To be sure, Medicaid is a system in need of reform. In Dallas County, only 19 percent of primary care providers will take new Medicaid patients. Expansion without capacity is inadequate coverage.

Flawed as it is, Medicaid is an essential component of public health and a safety net for the poor and elderly in nursing homes. It helps over 2.5 million Texas children, but covers only about 225,000 of their parents. Facilitating parents’ health coverage is one of the best things we can do to create productive workers and ensure the health and economic stability of Texas families.

In Texas, Medicaid currently covers children, pregnant women and some adults up to 100 percent of the Federal Poverty Level. Expansion will provide coverage to individuals up to 138 percent. The federal government will cover the entire cost of expanding Medicaid for the first three years, will pay 90 percent of the total thereafter, and from 2014-17, will bring around $24 billion in federal revenue to Texas.

The federal proposal allows Texas to accept expansion and withdraw at any time in the future.

Texas hospitals provide over $5 billion a year in uncompensated care. Texans pay for much of this care through local property taxes, increased premium cost, and higher medical costs. Dallas County citizens created a hospital district ­­­in 1954, and that district levies a property tax that currently generates approximately $425 million a year. Those taxes go, primarily, to paying for care for people who do not qualify under current Medicaid coverage. Local taxes cover the same population in other large counties with hospital districts.

Dallas County has 672,681 residents who are uninsured — 28.1 percent of the population. Expanding Medicaid would provide eligibility to an additional 133,000 citizens, add $580.5 million in annual Medicaid funds to Dallas County, and generate hundreds of millions of dollars in additional economic activity, providing Dallas County and other large counties with the opportunity to cut local taxes while simultaneously dramatically improving coverage and economic competitiveness. Conversely, failure to participate will place our taxpayers in the position of covering other states’ expansion with our federal taxes while continuing to pay the full cost of our own expansion population with local taxes.

Medicaid expansion will allow new participants to receive preventative care, rather than relying on emergency rooms. This change saves both lives and money. Covering the uninsured means better premium value for Texans with private health insurance by lowering costs for everyone.

Last year, the U.S. Supreme Court struck down mandatory expansion, giving states the option of non-participation, which in turn affords states a strengthened position from which to improve the Medicaid delivery system and take an active role in crafting plans for full expansion that suits their populations and reflects their values.

Now is the time to seize the opportunity. The Texas Medicaid population represents a significant portion of the critical mass needed for national expansion to reach its objective. As other states opt in, critical mass grows without us. Since the first three years of expansion are covered by federal tax dollars, drawing down our fair share as soon as possible is only prudent.

Last month, I had the opportunity to meet with Center for Medicare and Medicaid Services Deputy Director, Cindy Mann, the federal official tasked with Medicaid expansion. I came away from the meeting impressed with the willingness of CMS to work with Texas. As Dallas County Judge, I continue to advocate to the top federal, state, and county officials, encouraging all to work together with our doctors and hospitals to craft a collaborative Texas plan. There is nothing Texans can't do if we work together and this opportunity is too important, both to public health and our economy, to be lost.

Clay Jenkins is the Dallas County Judge. He can be reached at clay.jenkins@dallascounty.org.