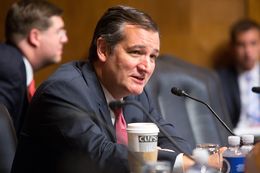 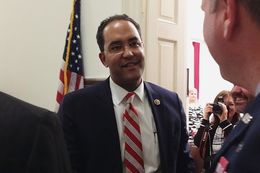 Also, the Houston Chronicle endorses a third-party candidate in the race for Railroad Commissioner.

For this week’s nonscientific survey of insiders in government and politics, we asked about Labor Day and the kickoff to the sprint to the November elections.

My culture is a very dominant culture. It is imposing, and it's causing problems. If you don’t do something about it, you're going to have taco trucks on every corner.

Marco Gutierrez, founder of Latinos for Trump, issuing a statement last week with what was viewed as a threat by some and a promise by others

I gotta say, I was disappointed to see President Obama stand with Kaepernick and say, ‘That’s right, disrespect the flag.’ ... The president should be standing up for America.

Texas Sen. Ted Cruz, when asked by TMZ this week about San Francisco 49ers quarterback Colin Kaepernick's decision not to stand for the National Anthem to protest racial injustice

We'll see what happens, but we've got plenty to worry about between now and November 2016 before we start worrying about November 2018.

Texas Sen. John Cornyn, declining on CNN to immediately endorse Cruz for re-election despite speculation that Cruz will receive a primary challenger over his refusal to endorse Donald Trump for president

And what is Aleppo?

Libertarian Party presidential nominee Gary Johnson, after being asked on MSNBC how he would address the humanitarian crisis in the Syrian city

The Democratic National Committee plans to open a headquarters Saturday in Houston that is expected to be run in conjunction with the campaign of presidential nominee Hillary Clinton. Democrats characterized the move as another step in capitalizing on the race for the White House to help down-ballot candidates.

U.S. Sen. John Cornyn is declining to endorse fellow Texas Republican Ted Cruz for re-election to the Senate, just as Cruz did not back Cornyn for another term two years ago. Cruz is facing the prospect of a serious challenger after he upset some Republicans by not supporting Donald Trump at the GOP national convention.

More than 3,200 Texas students who were studying at 10 ITT Tech campuses may have to start their educations over after the private, for-profit chain shut down nationwide on Tuesday. They may be able to get student loans forgiven, or switch to community colleges.

The federal government is accusing Texas of circulating “inaccurate or misleading information” to poll workers and would-be voters about relaxed identification requirements for the November elections.

Texas consistently ranks as one of the states with the most open seats on the federal bench, with some judgeships vacant for years. Five nominees sat for a U.S. Senate committee hearing Wednesday. The hearing came after legal scholars and analysts have accused Republican senators, including Cruz and Cornyn of Texas of intentionally stalling several nominations.

After struggling with mental illness, including three admissions at psychiatric treatment centers, Republican Susan Hawk stepped down from her position as Dallas County District Attorney on Tuesday.

Harris County District Attorney Devon Anderson announced Thursday that she has received the endorsement of the “C” Club of Houston for her re-election bid.

Walter Zaykowski has left U.S. Rep. Michael McCaul’s office where he worked as communications director for a job with the Austin Chamber of Commerce where he will serve as director of education and public engagement.

Lisa Benjamin Goodgame and Laura Stromberg Hoke are joining forces to launch a new public relations firm. Goodgame | Hoke Communications will be based in Austin and will work exclusively with nonprofit organizations. Goodgame was most recently at the Center for Public Policy Priorities where she worked in digital communications. Hoke most recently was chief of staff to Austin state Rep. Eddie Rodriguez and also has handled communications gigs for NFIB/Texas and for Kinky Friedman.

Disclosure: The Center for Public Policy Priorities, the Austin Chamber of Commerce, Allen Blakemore and Eddie Rodriguez have been financial supporters of The Texas Tribune. A complete list of Tribune donors and sponsors can be viewed here.