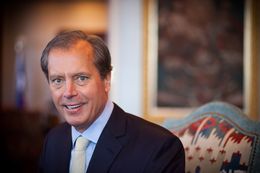 Lt. Gov. David Dewhurst, fresh off a stinging loss to Ted Cruz in the race for the GOP nomination to the U.S. Senate, reshuffled the Senate committee chairs. 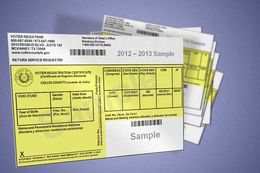 Did the outrage over voter ID take all the energy away from Texas Democrats? A flurry of GOP-backed laws that affect voter registration indicate it did. 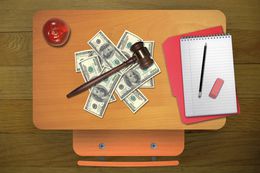 The decision that comes from the school finance trial that will begin on Oct. 22 will set the tone for the next round of reforms. But there’s a separate conversation happening outside the courtroom that could be equally instructive — and indicates funding for schools may face challenges not only at the state but the local level. 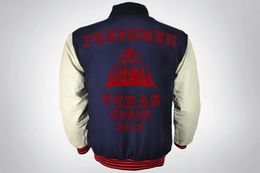 Even if none of the remaining incumbents gets beat or loses, this will be the biggest freshman class over all — legislative and congressional officeholders combined — since 1983, when 63 newbies came in. 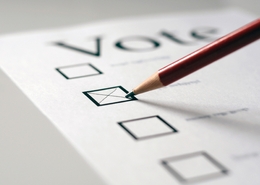 This week's changes to the Hotlist were done with an eraser. 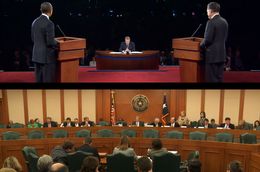 This week in the Newsreel, we look at the two debates held this week and check out Senate committee assignments.

For this week's nonscientific survey of politics and government insiders, we asked about the debates for president and the U.S. Senate, and about how the presidential election might affect Texas contests now an in the near future. 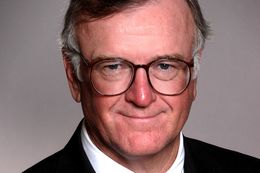 The law should allow all universities to pursue diverse classes of excellent students, for the sake of the students and the quality of their educations, for the sake of a society still striving to bestow opportunity more equally across its many populations, and for the sake of healthy businesses and all of the benefits they contribute to society. 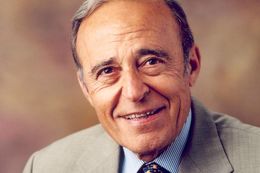 It has now become clear that race-preference admission programs typically do not operate to the preferred student’s advantage. Their relatively poor qualification — of which they are often unaware — usually leads to relatively poor performance, the bottom portion of the class and an increased dropout rate.

I probably should not have used the word 'troll,' but it's hard when someone keeps not telling the truth.

Sadler, after the debate, according to the Houston Chronicle

I'm a Democrat. My voting record is Democratic. This is not an endorsement of Republican ideals or the party. This is saying that this individual is an important part of our delegation and its ability to come out of our bitter past.

Rep. Marisa Marquez, D-El Paso, quoted by the El Paso Times after she was quoted praising Republican Dee Margo in his reelection materials

I'd like to have another opportunity where I'm not just a terrified freshman and go back to Austin knowing what to expect. A lawmaker's first term is enlightening at times, terrifying at others, rewarding and disappointing.

What man in South Texas admits that, that he was bullied by Democrats? For shame, for shame.

Former Rep. and HD-43 candidate Yvonne Gonzalez Toureilles on her challenger, Republican J.M. Lozano, who said he was bullied by his former party

It is a known fact that your staff engaged in a scheme with a third party to disenfranchise minorities in a flagrant violation of federal law.

I love Big Bird, but I'm not going to keep on spending money on things to borrow money from China to pay for.

Mitt Romney, during the debate, saying he would cut the public TV budget if elected

The city of Austin is now prohibited from issuing criminal trespass notices to people gathered at City Hall Plaza. The case stemmed from Occupy Austin demonstrations last year, when the city banned protesters who were arrested at City Hall from returning for a year. Federal District Judge Lee Yeakel ruled the practice in violation of First Amendment free-speech protection. City attorneys are considering an appeal.

A study released by a national transportation research group shows Texas’ roads to be inadequate and deteriorating in quality, costing motorists $23 billion every year. The study, conducted by TRIP, details the woes Texans face traveling on state roads, including worsening congestion and a decline in pavement quality.

Claims against Sen. Wendy Davis, D-Fort Worth, culminated in attack ads aired by her Republican adversary accusing the senator of conflicts of interest. Rep. Mark Shelton, R-Fort Worth, criticized the senator for peddling her legislative influence to attract public-sector and quasi-public clients. Davis denies the charges but was unwilling to identify the public-sector clients in question due to attorney-client privilege. Shelton took the further step of contacting the Travis County district attorney’s office public integrity unit to ask that Davis and the North Texas Tollway Authority be investigated for their relationship. Davis worked on two bills in the previous session that affected the tollway’s collections.

A state competition to educate residents about feral hogs and to encourage hunters to kill them offers rewards to the counties that are the most successful. The Hog Out County Grant Programs runs through the end of the year and awards counties points based partly on their collection of feral hog tails. The Texas Department of Agriculture will award cash prizes to the top three counties to be used toward programs to reduce the hog population.

A series of small earthquakes rattled Dallas last weekend. The U.S. Geological Survey reported that the quakes were all less than 4.0 magnitude, the trigger mark for concern for damage and injuries. But the frequency of earthquakes since 2008, when fracking began in the area, has residents and scientists questioning if there might be a cause and effect. The agency is planning to install more seismic monitoring equipment near well sites.

A new statewide poll found an overwhelming majority of Texans would be willing to pay more in taxes if the funds went to more pay for teachers and specific improvements to schools. The Texas Lyceum conducted the poll, which asked respondents about a wide range of topics. Most would be okay with higher taxes, they said, if it meant more funding for teacher raises, instruction in art and music and for investments in computers and other high-tech equipment.

Gov. Rick Perry called on universities to freeze tuition for four years for incoming freshmen and for legislators to tie state funding to schools' graduation rates. He also renewed his call for schools to offer $10,000 degrees. Several schools across the state have accepted the challenge and offer such degrees, but the Austin American-Statesman’s analysis found them to rely substantially on financial aid and not to include the price of books. Two universities in the state system have implemented a tuition freeze for incoming freshmen. The price remains frozen if students graduate in four years but increases if they take longer.

Perry also reappointed Cydney C. Donnell of Fredericksburg to the Employees Retirement System of Texas Board of Trustees. Donnell is an executive professor, associate department head of finance and director of real estate programs at the Texas A&M University Mays Business School.

Greg Smith, chief executive of Clear Creek ISD in League City, was named superintendent of the year by the Texas Association of School Boards.