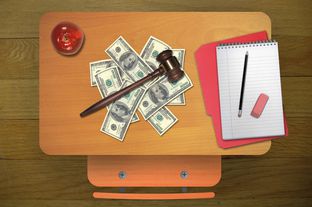 One school finance expert recently likened the efforts of the parties suing the state over how it funds schools to work together to “six fat boys trying to climb into a Volkswagen beetle.”

With the first day of trial set for Oct. 22 in Austin, the six parties — aligned on some issues, opposed on others — will be in the courtroom together for at least the next two months as the case plays out. The decision, expected in January but sure to be immediately appealed to the Texas Supreme Court, will set the tone for the next round of reforms to the state’s school finance system. But there’s a separate conversation happening outside the courtroom that could be equally instructive — and indicates funding for schools may be face challenges not only at the state but the local level.

Comptroller Susan Combs recently released a report chiding local governments for a lack of transparency about the debt they carry — a third of which, she noted, belongs to school districts.

“Left unchecked and unmonitored, debt can spiral, hindering your dreams instead of furthering them,” Combs said in a statement, “Governments need to be mindful of debt as well, and they need to tell you, the people who are paying for it, how big the price tag will be.”

The 2014 Lt. Gov. hopeful has made clear she will zero in the issue, which has inflamed critics who point out that local governments are often forced to take on debt for services the state has refused to pay for or because of unfunded mandates the state has passed down.

But the comptroller’s focus falls in line with the mission of groups that support small government like the Texas branch of Americans for Prosperity. President Peggy Venable warned of the perils of soaring local debt at the latest Senate Finance committee hearing, where she criticized school districts’ rising debt, which she said did not match enrollment patterns. A forthcoming report focuses solely on debt and education.

Meanwhile, one prominent state senator has pushed forward with another solution to the school finance mess. At a recent meeting of the joint-committee on school finance, Sen. Robert Duncan, R-Lubbock, revived his perennial proposal for a statewide property tax in lieu of local property taxes. His plan would tax property at $1 per $100 of valuation to pay for schools and allow districts to add local taxes of up to 17 cents more for local programs. Any additional local revenue collect by higher-wealth districts would be subject to recapture by the state under “Robin Hood” laws. He said the approach would provide a school finance fix without raising taxes.

“We want to change the point of collection, not create a new tax or raises taxes,” he said, “This is a way to distribute funding for public education in a rational, efficient way.”