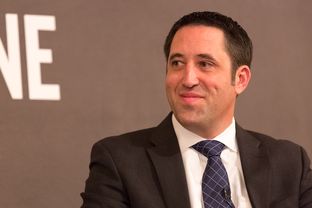 Texas Comptroller Glenn Hegar expects “extremely modest growth” in the state economy and an “extremely tight” budget year for the 2017 Legislature, but told the Texas Taxpayers and Research Association last Friday that Texas is better off than other energy states.

This isn’t the first time he’s talked about a slowdown; sales taxes have been below previous-year levels in 10 of the last 12 months, Hegar said. He noted that those previous years were also record years, saying the state is fairly well off in spite of the braking.

He said lawmakers will have $10.1 billion in the so-called “Rainy Day Fund” at the end of the year — a big buffer against a drop in state revenue.

And in an afternoon appearance at UT’s Texas Politics Project speaker series this week, Hegar suggested that the custom of having the state’s leaders meet weekly for breakfast might not continue through the end of session.

The meetings have traditionally allowed the leadership to get on the same page on the big issues of the day. But when those meetings go sideways, they sometimes generate unwelcome headlines.

Hegar also talked again about the presidential race, discounting the possibility of voting for Hillary Clinton but refusing to say whether he would vote for his party's nominee, Donald Trump.

Contrast that to his unequivocal statement on Sept. 24 at the Texas Tribune Festival: "I will be voting for Donald Trump."

One state lawmaker is getting national attention for his re-election battle, one of the toughest in the state this November.

On Wednesday morning, the Republican State Leadership Committee named state Rep. John Lujan's bid for a full term one of 16 new "races to watch." The RSLC said the list "illustrates the caliber of our candidates at large — candidates who we will support as they go on to run, win and serve their communities in the government closest to home."

Lujan, a San Antonio Republican, won the HD-118 seat in a special election earlier this year, and is up against Democratic challenger Tomás Uresti in November. It is viewed as one of a few competitive state legislative races this fall in Texas.

The Republican senior justice on the First Court of Appeals based in Houston announced over the weekend that he’s switching parties, according to an announcement from the Harris County Democratic Party.

Terry Jennings was first elected to the appeals court in 2000 and was last re-elected in 2012. He would not be up for re-election again until 2018.

Jennings announced his decision at the county party's Johnson, Rayburn, Richards dinner that took place Saturday. According to the county Democratic party, Jennings said the party he formerly identified with “no longer exists.”

"In 2000, the GOP was a 'big tent' in which I felt comfortable. Sadly, that Republican party no longer exists. The Republican party has chosen a dark path I cannot take. Today in the Republican Party, 'cult of personality' reigns. Principles and facts count for nothing. There is no truth," Jennings said.

Green Party presidential candidate Jill Stein will barnstorm through Texas this weekend. Per an announcement from the Stein campaign, the third-party candidate has a Friday evening event scheduled in El Paso, followed by a Saturday stop in Houston and a Sunday swing through San Antonio before winding up her time in Texas with an Austin stop on Monday evening.

The campaign notes that down-ballot Green Party candidates will be featured at each Stein appearance along with an audience Q&A with Stein.