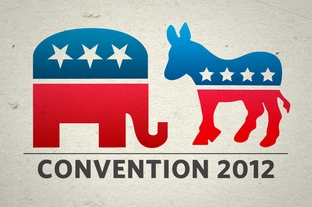 Besides selecting state party leaders, approving the platform is the main excuse for some 12,000 Texas Republicans to congregate every two years.

Though in theory the platform sets forth official positions on topics as diverse as foreign policy and legislative procedure — and as specific as the HIV/AIDS crisis (“All people, no matter what disease they may contract, are worthy of deep respect as humans; however, behavior has personal and social consequences”) and the federal minimum wage (it should be repealed)— many officeholders take it as more of a guide than a rulebook. That hasn’t stopped it from sparking its fair share of arguments among convention-goers over the years. But this year, the biggest debate may be not about what the platform says, but what it doesn't.

Tom Mechler, the Amarillo businessman who chairs the platform committee, said that this year the focus is on streamlining the document.

“We’re trying to minimize not the planks themselves but the amount of language that might be included in describing the planks,” he said, in order to avoid “including so much content that it becomes a distraction.”

Mechler emphasized that there wouldn’t be much difference in terms of the planks themselves — just in the explanations of why the party was taking the positions.

But that could mean friction on the convention floor about what was and wasn't left in — and opens the door for hurt feelings among the party's many factions if they think their positions haven't been adequately represented.

“Depending on what has been taken out, it certainly could bring discussion,” said David Bellow, a State Republican Executive Committee member from Hardin County.

For instance, Bellow said, if the section on abortion removed references to pain of the unborn baby, that would be something delegates might fight to put back in.

Peggy Venable, who directs the Texas Chapter of the anti-government spending group Americans for Prosperity, said her organization has educated its 117,000 members statewide on its positions on key issues in the hopes that they will then take that information to their respective conventions and push for their inclusion in  party platforms. She said there were differing philosophies on what shape the platform should take as a document.

“I do think a lot of people would probably agree that this is more like a manifesto that it doesn't just highlight the principles and ignore the details,” Venable said, “But that is something very important for the party to work out. I understand both sides of it.”